Writing in the Guardian recently, Andrew Simms asks why climate campaigners are being given prison sentences instead of medals for their bravery and public service. What if, instead of giving Marie Curie and Alexander Fleming Nobel prizes for their life-saving work on radiation and penicillin, they’d been thrown in jail? It would be perverse to return the favour of great, public works by depriving people of their freedom. Yet that is just what we’re doing in Britain right now according to Simms. The contributions of the people above were remarkable, but how much greater is the challenge of preserving a readily habitable climate, and how thankful should we be to those prepared to throw their life’s energy and creativity at the task?

Climate campaigners have long been parodied as sandal-wearing tree huggers, veggies, lefties, greens and portrayed by the media as trouble-causing protestors. At the same time, the all-powerful corporations have sought to pervert proper science and put pressure on researchers to produce results that support the notion of climate change being part of natural cycle. Scientists who have refused to tow the line have been ridiculed and their credibility questioned. Remember The Climatic Research Unit email controversy when an unknown group hacked into the University of East Anglia’s server, and copied thousands of emails and computer files to various locations on the Internet?

How odd these climate campaigners are for trying to protect the planet, for trying to save the rainforests and endangered species for future generations, and fostering fair trade! Far better to have economic growth and short-term prosperity – the mantra of governments and big business. And if these trouble-causers get in the way then the solution is simple – sue them or put them in prison. Why care about our children’s future?

Numerous examples abound. In March 2013, the state-backed French energy company EDF dropped a £5m civil lawsuit against climate campaigns who occupied one of the company’s gas-fired power stations for several days in 2012. The case was seen as an attempt to intimidate and frighten-off other campaigners, and the victory therefore an important signal. Less noticed, however, was that many of the campaigners still face criminal charges in relation to the occupation. Faced by a magistrates court, with no jury to appeal to on the wider issues, several pled guilty to charges of aggravated trespass. Due for sentencing this year, Simms points out that they could be the first people in the UK sent to prison for acting to prevent global warming. A democracy to be proud of and peaceful protest confined to the history books in one fell swoop.

As Sims puts it, a group of people attempting at great personal cost to promote a rational, life-preserving, economy-enhancing, job-creating energy policy end up facing prison and having their own life and employment chances severely curtailed.

Whereas a carbon intensive energy sector which, to their own huge profit, are set to lock the UK into a costly, polluting and ultimately doomed technology, get the nation’s economic policy written to advance their cause.

Well, for some people, dignity, doing the right thing and protecting the planet come before profits and greed. As Mahatma Ghandi said, you can chain me, you can torture me, you can even destroy this body, but you will never imprison my mind.

We can only hope that Simms hope comes true. That it will not be long before society sees that instead of being weighed down with a criminal record, the climate campaigners should be given a medal for their outstanding bravery and public service. 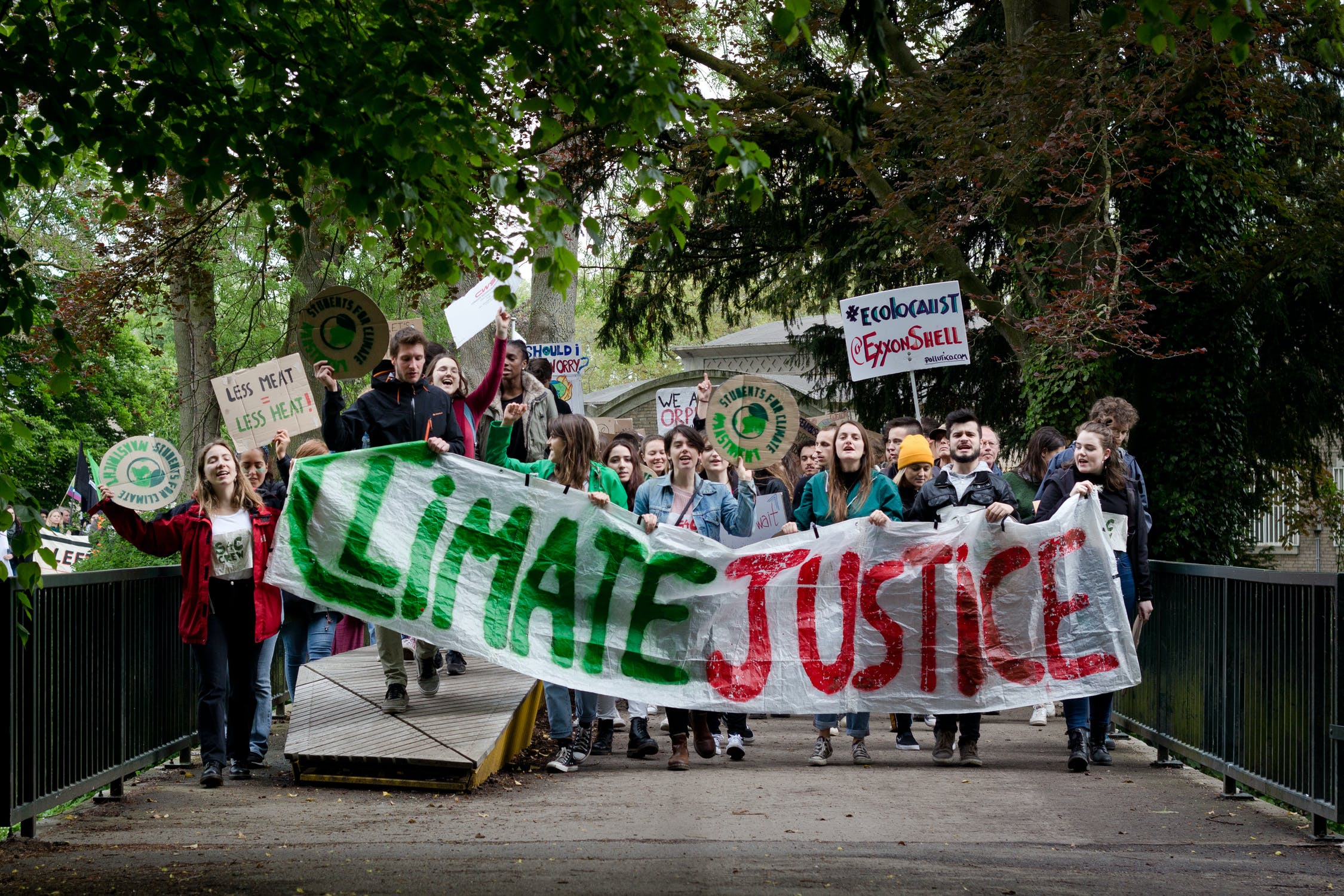