Help birds. Wild birds are an absolute joy and have always played an important part in human life. They are the most familiar form of wildlife seen in people’s everyday lives partly because, like us, they tend to be most active during the hours of daylight, sleeping through the night.

They have existed for millions of years, long before we appeared on the scene and will doubtless still be around after our extinction but, in the meantime, we enjoy a coexistence and human activities can affect the ranges of different species along with the degree of avian biodiversity to be found. Providing some way to help birds is therefore usually seen as an attempt to put right some of mankind’s wrongs.

On a small scale, feeding garden birds can attract certain species but most have no reason to visit our gardens. In addition to food, birds have other basic requirements such as protection from predators and suitable conditions for breeding and raising their young. For the garden birds this may be as basic as providing a dense hedge or nesting boxes but in the open countryside more extensive types of cover are needed. If you want to help birds in your area and you have some spare land or want to convert a bit into a wildlife garden then you should think about planting all or some of it with ‘cover’ crops. These crops were actually developed to provide healthy habitats for game birds however as they usually provide both food and some physical protection they are ideal for establishing a habitat to support a range of wild bird species. 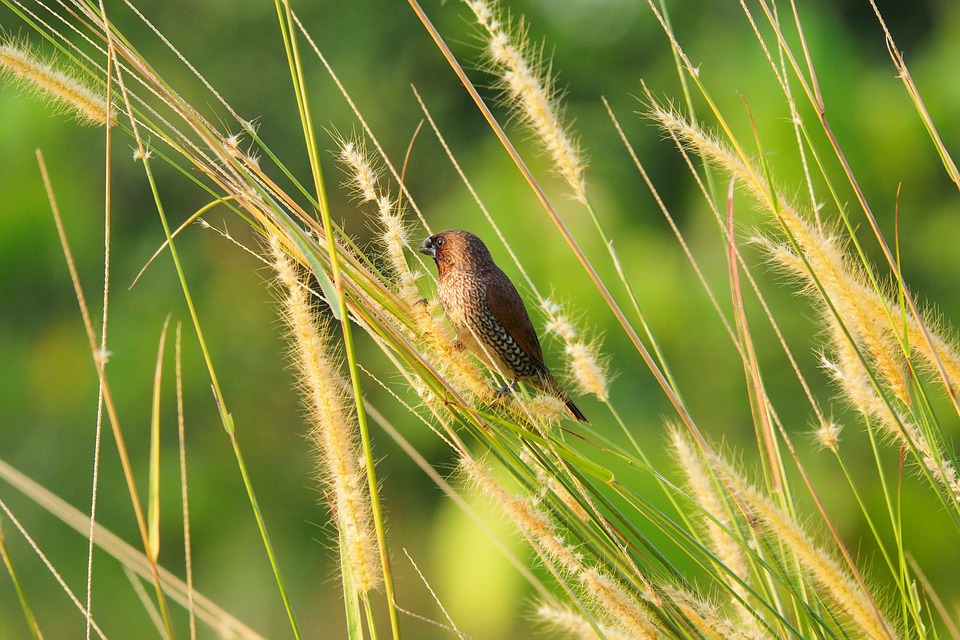 Landowners have not always had the best interests of birds in mind when carrying out farming activities and in many cases, farming methods have directly affected the success of some species. The importance of maintaining and encouraging levels of biodiversity and the success of species considered to be under threat is now widely recognised and, in the UK, the government may, in some cases, be able to offer financial assistance to fund suitable projects under the DEFRA Countryside Stewardship scheme. This replaces the earlier Environmental Stewardship Scheme.

Providing birds with suitable habitats can form part of such a project and landowners are encouraged to both operate in a way which does not have an adverse affect on the bird population and also to take positive action to assist them. This usually involves the cultivation of ‘cover’ crops offering the birds protection and food.

Different bird species have different requirements and so the best schemes tend to be fairly wide-ranging so as to help and encourage many different species. Game birds of course have been offered such protection for hundreds of years but not exactly for the most noble of reasons. Crops such as maize and sorghum are greatly appreciated by pheasants and partridges but are generally too large to have any food value for smaller farmland birds and are therefore excluded from being eligible for any grant assistance under a Stewardship scheme.

Maize is however widely grown as a cover crop. Its cobs can sometimes attract rats or badgers but the birds are the main beneficiaries. On its own, it does not provide a particularly dense physical refuge for the birds but the addition of sorghum or dwarf-grain sorghum greatly increases this density but has no significant feed value. Kale is an excellent cover crop for many different bird species. It is fast growing (some varieties being extremely fast) and provides a canopy of large leaves. Anyone who has ever walked through a field of kale after a rainfall may be surprised that such an apparently soggy crop does if fact provide a very warm and dry habitat for birds living beneath it. As a cover crop it has many advantages and it is usually grown as a biennial providing large quantities of small seed in the second year. Fodder radish is an annual brassica and its pods ripen slowly resulting in seed being produced rather late in the year at a time when other seeds are becoming scarce. Sunflowers are grown as a cover crop and their seeds are a favourite of many small birds but the taller varieties provide little by way of physical cover and the dwarf and multi-headed varieties are generally considered better for this purpose. Triticale is a very versatile crop being a wheat/rye hybrid. Although sometimes grown for human consumption, it is more often produced for animal feed or as a cover crop. It can attract rats but is loved by many birds including pigeons and rooks which most farmers regard as pests. It is an excellent crop for poor soils where other cereals would fail. Millet is another crop which is attractive to many small birds. There are several types of millet and small seeds are produced. Red millet ripens and spreads its seeds first followed by white millet later in the year. Quinoa is an easy to grow crop which produces a type of grain although it is not a member of the grass family and is therefore regarded as a ‘pseudo-cereal’. It does not provide a great deal of cover but provides masses of seeds.

In many cases, the sowing of a mix of different cover seeds is preferred. This can make the crop attractive to a wide range of different birds. Some crops provide seed through the winter months. Cereal-based annuals attract yellowhammers and corn buntings but the addition of oil-rich crops such as quinoa, linseed and kale make the cover crop attractive to many other species including the grey partridge, song thrush, turtle dove, linnet, tree sparrow and reed bunting.

The sowing of perennials should not be overlooked and canary grass, chicory, artichokes and misconthus are welcomed by many birds. Seed merchants can offer specialist advice on the types of cover crop seeds likely to be most successful in any situation and provide suitable mixes. You can choose single varieties or you can buy one or more seed mixes depending on what you are aiming to achieve. You are likely to see seeds classified as cover (taller plants like Maize, Sorghums, Kales, Quinoa) or catch plants (Radish, Mustard, Phacelia, Vetch) which tend to be shorter and produce more seeds. You should aim to use both types of planting.

Having chosen the seeds is just part of the story of course and any cover crop should receive just as much care and attention as any other crop. Another aspect of helping birds by use of suitable crops relates to the provision of suitable conditions for the breeding of birds and the raising of their young. Grass margins around fields are recommended, preferably in conjunction with hedgerows. The margins should be only partly cut with large areas left to form tussocks. Some native grasses such as cocksfoot are excellent in this respect. This encourages insects which play a vital part in feeding chicks in their first few weeks. Insects can also be attracted by sowing suitable flowers such as a nectar flower mix (typically clovers, vetch, trefoil and sainfoin) cornfield annuals or a hay meadow mix.

Bird species should never be taken for granted and if conditions are unsuitable for them they will quite simply take flight. By taking positive action to help a wide variety of species, we give them the best possible chances of success. Help birds not for any financial motive or for our own satisfaction, but quite simply because it is the right thing to do.