Weeds are often the bane of gardeners up and down the country. Not only is it an additional expense to have to buy weed killers, but using chemical-based in your garden could have negative effects on your own plants. Fortunately, there are several natural weed killers that are readily available in the home.

That’s right. The reality is that removing a lot of weeds is as easy as simply flipping the kettle on. This will often work much better than a lot of shop-bought weed killers. All you have to do is simply pour the boiling water over the weeds you want to kill, making sure not to splash any of your other plants. This is a great way to deal with a large group of weeds or any growing in hard to reach areas like cracks in the pavement. The boiling water will instantly kill any plants it comes into contact with, including the roots below.

Smothering your weeds worth newspaper is another effective alternative to using chemical based products. Layering multiple layers of newspaper can even keep weeds at bay for an entire season. Use at least three or four sheets to block the sunlight from reaching the weeds. This will stop any seedlings from sprouting while also killing off any fully grown weeds. If you’re asking yourself if the ink from the newspaper has any toxins in it, you’ll be glad to know that modern newspapers have adopted soy-based inks over petroleum.

Finally, vinegar is a great organic weed killer. Either white or cider vinegar will do the job, as long as it has the necessary acetic acid. Be aware, though, vinegar will only kill the leaves of the plant, and not the actual roots. This means it’s best to use vinegar on any weeds that are just coming through, as they won’t have developed strong enough roots to be able to grow back again. If you continue to use vinegar as your primary weed killer, even established weeds will eventually die off.

While all of these solutions will handle that majority of typical scenarios, there are instances where specialist help may be required. Highly invasive weeds, like the Japanese knotweed, has the potential to become a serious problem. However in most cases these natural weed killers will do the trick! Give them a try and help protect the environment. 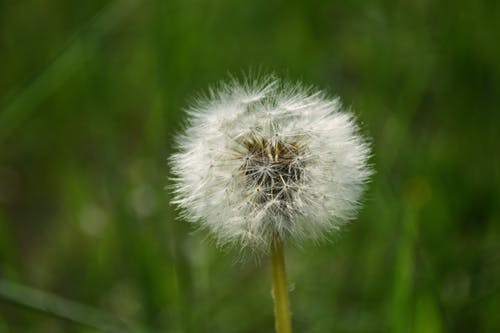