The UK currently plans to test a new wireless charging scheme for electric cars that could eventually be fitted into the country’s motorways. The trial, which will be the first of its kind, involves fitting vehicles with wireless technology and testing the equipment, installed underneath the road, to replicate motorway conditions.

Other Similar Initiatives for Electric Cars

In 2013, a similar eco initiative in South Korea was implemented in the town of Gumi. A 7.5 mile route was created that allowed buses with compatible equipment to be charged as they drove over it using a process known as Shaped Magnetic Field In Resonance. Electric cables, which are buried under the road and used to generate electromagnetic fields, are picked up by a coil inside the vehicle and then converted into electricity. Milton Keynes also saw a similar scheme introduced, though the vehicles had to stop for several minutes at a time while being wirelessly recharged via plates installed into road.

By far the biggest hesitation consumers have about switching to electric cars is the fear that there aren’t enough charging stations across the country to make long distance journeys viable. The UK government is already committing £500m over the next five years with a long-term goal of reducing CO2 emissions by 80% by 2050. While installing new plug-in chargers every 20 miles along its motorways is seen as one of the first steps, the government hopes that this new self-charging solution could be the difference in really changing the opinion of the public.

Electric and hybrid car sales are on the rise in Britain. There were a total of 9,046 ultra-low emission vehicles registered in the first quarter of 2015, representing a 366% rise from the same period in 2014. This was the biggest increase of any country in the EU, fueled by both new government incentives to help offset some of the initial cost of switching as well as the fact more manufacturers are also bringing new models to market. There are now more than 20 of these eco-friendly cars available to buy compared with just six in 2011, with each of the 10 best-selling brands in the UK now having the option of a ULEV model.

The trial run is expected to begin later this year following the completion of an ongoing procurement process. Tests are expected to last for approximately 18 months and, subject to the results, could be followed by on road trials later on. Full details of which will be publicised when a successful contractor has been appointed. 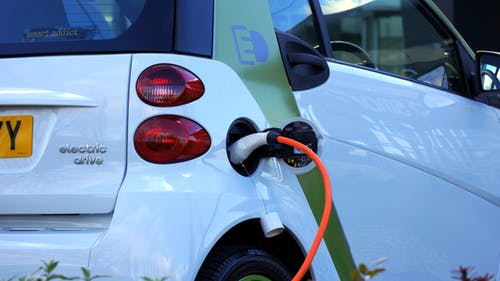